So, You Want to be a Film Director… 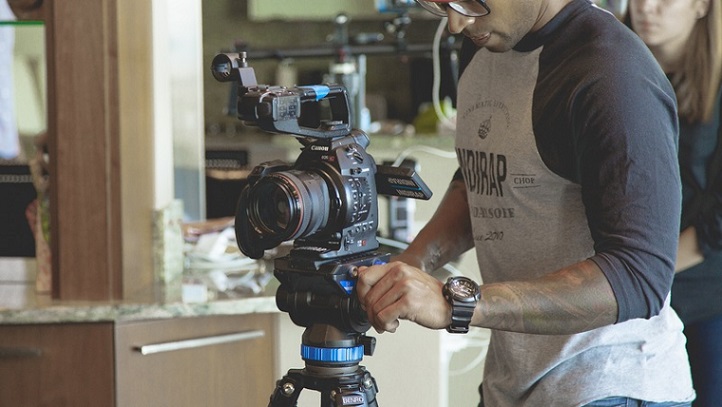 If you have big dreams of becoming the next big director, you’ll first want to make sure you have a solid understanding of what this means.  The director is the person on a film set who literally directs the course of action in a film, controlling a project’s artistic qualities and bringing a script to life.  The director guides the cast and crew throughout the entire process to make sure they know where to be at all times and the story unfolds as it should.

In preproduction, the director and others in the crew develop a game plan, including focusing on certain artistic, as well as every day, choices.  The director will take a peek at the casting, the shot selection, and the overall setup, and will work to obtain funding for the project.  Sometimes, this individual also may be responsible for setting schedules as well as scouting locations.

During production, the director provides notes on performances and shots, and makes sure everyone essentially does what they need to do, and all of the blocking is just right.  Time and focus needs to be properly devoted to each and every scene throughout the course of filming.  There is no rushing through one portion to keep things rolling.  Special attention is paid to the entire script and each piece to ensure the puzzle comes together seamlessly.  Everyone will be looking to the director to ensure they are doing what they need to do.

Then comes post-production, and the director moves into a more supervisory role rather than the hands-on position assumed during production.  There is editing and color correction to be done, and sound and visual effects to be added.  The director will need to find a skilled and experienced film editor who can piece together these important additives after shooting.  Choosing an inexperienced editor in order to save on cost could cause the film to flop and all of the hard work already completed to go to waste.  Again, there is no cutting corners in the post-production stage.

It’s important to note film directorship normally follows a hierarchical structure, according to Backstage.  The director is the leader of the pack at the top.  Then, there is the first assistant director, or AD, followed by the key second AD, and sometimes a third depending on the size of the project.  Each of these individuals is responsible for specific parts but they work together as a unit to pull off a final piece.  Note that you will likely have to start at the bottom and work your way up.  Doing so offers a wealth of invaluable hands-on practice and experience.