What are the Different Types of Producers? 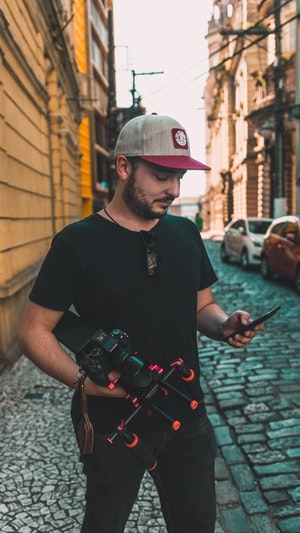 The term “producer” gets thrown around a lot in the entertainment industry.  But, just what does a producer do, exactly?  Why is this role so important?  First of all, you may be surprised to hear there are actually many different positions for “producers,” according to Backstage.  Let’s take a look.

Producer is a general term for the person who finds financing for a project to get off the ground.  This person oversees production from start to finish, making sure everything comes together just right.  There are many specific titles for producers depending on their exact role and job responsibilities, and differences between job titles can have to do with the particular part of the industry the person is working in, but that is not always the case.

A creative producer manages the artistic side of a project, which often includes managing all of the hiring and firing, rewriting certain portions of the script as needed, supplying director’s notes, and serving as the go-to contact between departments.

A line producer ensures the project stays within budget, wrapping up any loose ends, sometimes well after completion.  The executive producer normally has a vested interest financially in a film, or they helped to make sure it was properly funded.

A lead producer is someone who guides a project, usually a theater piece, from start to finish.  This role is pretty much synonymous with the general term, only specific to theater.  A showrunner is a leading executive producer who manages a television show’s vision and supplies overall creative direction.

A co-producer working in theater is often someone who helps with crowdfunding or fundraising but is billed below the lead producer.  For film and TV, this person is brought on to work on a specific aspect of the project’s production such as managing visual effects.  Then, there is an in association with producer which is next in line to the co-producer followed by an associate producer, which is billed right under the ‘in association with’ title.

Obviously, the slight variances between titles can get really confusing.  Most people aren’t even aware that one project can potentially have more than one type of producer working on it.  The reality is, a large film project can have a multitude of different roles working together as part of the behind-the-scenes production crew bringing it to life on the big screen.  As you can imagine, these projects are complex and intricate, and every detail needs to be accounted for.