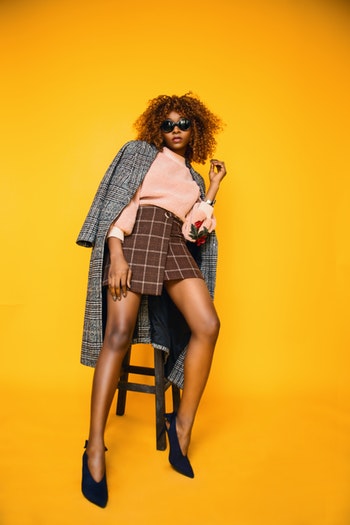 Whether the trend simply faded when the clock struck midnight on New Year’s Day or it just isn’t going to cut it on the streets regardless of how hard the designer pushes, here’s a look at some trends to avoid in 2019, according to Harper’s Bazaar.

So, there’s a weird fad that has originated in Japan – large, human-sized backpacks.  Yes, it’s true.  These bags literally span from neck to ankle on an average-sized person.  Being sold by Plywood, the bags are approximately three feet tall.  You literally can fit just about anything you want in there, including your pet or a small child, but it’s not recommended.  In fact, unless you’re planning to store all of your belongings for a move from one place to the next in one trip, the bag just looks ridiculous.  You’re bound to get a lot of the wrong kind of attention.

Another eccentric trend that is going by the wayside this year is 2018’s teeny, tiny sunglasses.  Instead of sporting traditional-sized or even over-sized shades that have been popular in past years, models all over the world began wearing ultra-small frames.  Well, not only do these evoke a Harry Potter-like look, but they’re simply not practical.  If you really want to keep the sun out of your eyes, opt for larger specs.

2018 also introduced the world to clear plastic accessories including leggings that may or may not have been waterproof being adorned by celebrities like Kim Kardashian-West.  Clear plastic gloves, hair-bows, jewelry, and jackets were also the it-thing for a minute.  But the fashion world has since moved on, so you aren’t like to see any more sheer plastics on store shelves.

Shells, necklaces, bracelets, and anklets were everywhere late last year, but their popularity simply didn’t last.  Perhaps there will be new options by the time the weather gets warmer again, but for now, shells simply stick out in a not-so-stylish way.  Opt to replace these with another accessory trend.

Logo-adorned just-about-everything was all the rage in 2018 with fashion designers and retailers slapping their branding all over outfits, accessories, handbags, and shoes.  One could literally wear the logo of their favorite brand head-to-toe in most cases, stepping out looking like a genuine spokes model.  But, no longer are consumers interested in offering free advertising, it seems.  They’ve already moved on to the next.

2019 is sure to bring about new and excited wears, clear out your closet and get ready to sport a new look.  Out with the old and in with the new, as they say!