The Film-Making Process: Step by Step 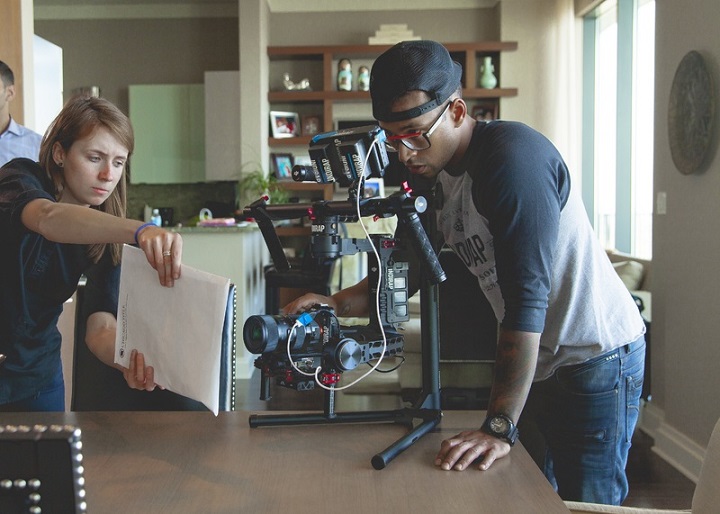 You may be curious about what film-making involves, exactly.  How do all the pieces come together so seamlessly in the final product?  There are three distinct stages of filmmaking – preproduction, in production, and post-production.

In the pre-production stage, a storyline is created.  Most script writers will make story boards or shot lists which will help them piece together the product scene by scene.  A location is chosen, the talent and gear are gathered, while all of the necessary paperwork is filled out to ensure the project can be pulled off, such as actor release forms and permission forms for filming at certain spots.  If interviews are planned, these people need to be promptly contacted and the interview times should be set up in advance.  If shooting requires travel, accommodations need to be booked.

The production stage is when things really start to flow.  All of the prep work is put into play.  There will likely be some practice shots ahead of time to ensure the story is captured exactly how it’s been envisioned.  The audio and visual aids need to be on point.  Framing and lighting will be considered.  Then, filming can begin!

It’s important to ensure the project right amount of coverage.  Some extra shooting should take place, so the film can be cut later as needed and there will be no gaps or awkward jumps between scenes.

In post-production, shooting has wrapped and it’s time to edit and distribute.  It’s important that the film is backed up and stored properly so all footage will be preserved.  The final cuts are made until a seamless story emerges and all audio pairs nicely with what’s on screen.   The audience should never feel confused or be left guessing about what is happening.

Once the project is finalized, it’s all about marketing and getting the film in front of the right people.   The more it’s talked about, the better.  It will be marketed through a variety of channels, including social media, in-person venues, word of mouth, and others.  If there are some named actors in the project, great!  For lower budget projects, the marketing plan needs to be on point.

There is a distinct process for creating and distributing a film to the intended audience.  If the process is followed step-by-step there is less of a chance of missing a piece and having to start over.  Putting together a film takes a lot of time and effort – none of which should ever be wasted!  Seeing your creative venture come to life can be particularly rewarding.