Forget About Your Test Scores: Practice Outside of the Classroom

SaraTips and Advice
Photo by Pedro Sandrini from Pexels 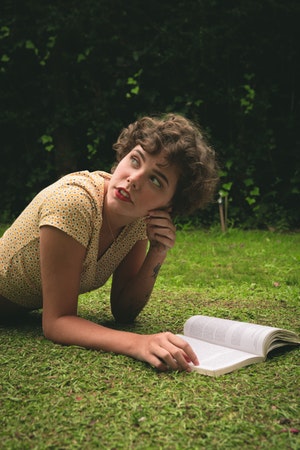 Barbara Corcoran, a judge on ABC’s “Shark Tank” and host of the Business Unusual podcast, is used to selecting new ideas from budding entrepreneurs to invest in.  She understands when a contestant just has that “it factor.”  So, it may be interesting to know she’s not a bit concerned with a contestant’s grades in school.  In fact, Corcoran says getting low grades sometimes equates to achieving success in the real world.

Corcoran believes job performance has way more influence on your career than your report card and she warns students not to fall into the trap of letting their grades define who they are or who they want to be career-wise.  “Young people can quickly get defined by their GPA and it’s meaningless,” Corcoran says. “You’re going to be assessed by how hard you hustle and how well you do the actual job you’re doing and that has nothing to do with how well you did in school.”

In fact, that entertainment world is all about the hustle.  Casting directors are way more concerned with how you audition in person than having a GPA listed on your resume.  You can do all the necessary coursework to pursue such a career but still flop once you’re actually auditioning, which proves the best prep work is practice.

Corcoran has achieved a multi-decade billion-dollar career in real estate, business, and investing despite the fact that she was a low achiever academically.  The business tycoon has dyslexia and will never forget how she felt as a child.  “My fear of being stupid still stays with me but it makes me overprepare, it makes me competitive,” she says.  Instead of allowing that fear to stagnate her career path, she used it to fuel who she’s become today.

The businesswoman’s optimism despite being called a poor student, or a “loser,” as Corcoran remembers, gave her the space to find what her true skills are.  “There is such a strength when you’ve grown up being the loser, you’re comfortable being an outsider, you’re comfortable with people criticizing and so you’re free as a bird to be whoever you want to be – you can’t get that when you’ve been molded to be an A student,” she says.

This can easily translate to the feeling of rejection many models and entertainers experience when first getting their start.  It’s difficult to stomach hearing “no” time and again, but if artists choose to see the cup half full, they can use these words to fuel their motivation and fine-tune their skills to do even better next time.

Corcoran feels that parents should promote pride rather than shame in the grades their kids bring home and reward kids with positive reinforcement when they’re trying their best despite the letter grade they receive.  She states, “I think the question that parents have to ask the kid who’s not getting good grades is ‘are you trying your hardest?’  If they’re trying their hardest, I think you have to commend them for that.”

Corcoran admits she has found her most successful entrepreneurs on “Shark Tank” are the ones who did not do as well in school. “If you haven’t done well in school, I’m convinced you’re going to be somebody,” she said.  Shifting the focus on preparing for life beyond school and practicing your craft is the true key to success.