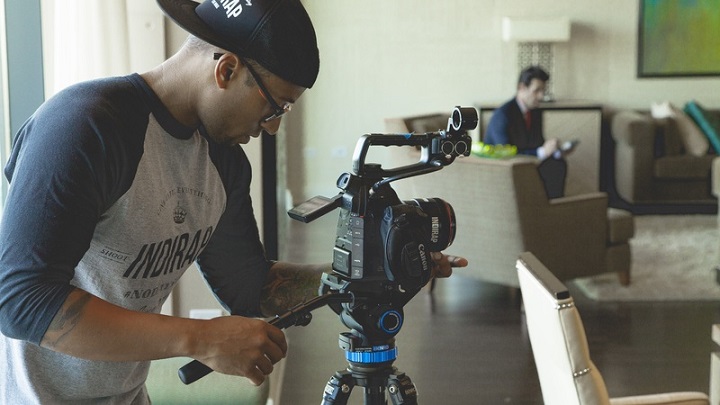 If you want to be a filmmaker, there are a variety of camera techniques that you’ll need to learn to be successful.  Certain shots truly are “money shots” and it’s important to understand the different angles and options.  Here are some of the most common camera angles that a cinematographer must master, according to LA Video Filmmaker.

The over-the-shoulder shot is one in which an actor’s shoulder is in the foreground, just out of focus.  This is a skilled shot, because it can be difficult to determine just how much of the shoulder should be in view.  This shot is mastered with the cinematographer and actor collaborating together to get just the right angle.  It allows an audience to almost view exactly what the character in the shot is viewing.  So, it can best for face to face conversations or when a character is taking in a view for the first time.

Panning is great for group scenes.  This is when the camera literally pans the entire room so the audience can see who is in the scene and what is happening with everyone involved.  It’s most often used for party scenes, classrooms, team meetings, or those depicting group therapy sessions.  Again, the focus to make the audience aware of everyone who is present.

Zooming in can be used to emphasized emotions.  If a character has to pause a moment and ruminate on something, zooming in and creating a close up depicts thought and reflection.  It is also commonly used in scenes showing the emotions of a character before delivering an important speech or making an important announcement.

Closely related is the track-in shot.  This is typically used by a filmmaker when a character needs to be singled out from a crowd.  The shot doesn’t zoom in to the same degree as an actual close-up zoom of the character’s face.  It’s meant to focus the audience’s attention on one individual or object in the scene.

Sometimes over-the-shoulder and track-in shots are combined during communications between two parties.  Originally the camera will be set back a bit, and as an individual begins to speak to the character who the audience sees only from the back or reacts to what this person is saying, the camera zooms in over the shoulder and focuses on the individual whose face is seen clearly.

There are many types of camera angles that are mastered by the most skills filmmakers.  It takes time and practice to nail a shot, or series of shots, and to understand which one will work best for a particular part of a scene.  The camera will shift positions frequently throughout a project, intermixing multiple different angles from start to finish.