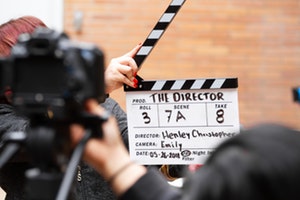 So, you’ve landed an amazing acting gig, you’ve given it your all, and now it’s time for the project to wrap for good and for you to move onto the next.  Where do you go from here?  How do you exit graciously, making sure to tie up any loose ends on your way out the door?

At wrap, you’re probably feeling both exhausted and accomplished.  Adrenaline could still be coursing through your veins, making you eager to keep the momentum up and book something new right away.  Luckily, the assistant director will probably pull you aside and let you know if there are any upcoming projects in the works for which you would be a good fit if you delivered an especially stand-out performance.  After all, a director never stops directing.

But if you don’t get called back for an extra minute to chat, this doesn’t mean you didn’t do a good job.  The director wouldn’t have wrapped the project unless he or she was certain that everything fell into place exactly as planned.  Everyone is busy and there’s still a ton of stuff to be done before they can call it a day, so the best thing to do is simply go backstage and start removing your costume and makeup.  Mingling for a minute in the dressing room with other actors could make for some valuable networking time.

If you have an agent, let the agent do their job and get you lined up for your next gig.  Hopefully, it’ll be sooner rather than later.  You should also ask for some footage once the crew has plenty of time to pull it together for your reel, but never do this on the last day of filming.  There is a lot of editing still to be done, and it can take several months for the footage to be made available.  Always keep important contact information in your back pocket to follow up.

If you’re in between projects, take this time to hone your craft.  Attend workshops and improv sessions, review scripts and practice using different dialects and reciting the lines of a wide variety of characters.  This may be a good time to consider expanding your reach or, at the very least, focusing more extensively on your niche.  Just as a director never stops directing, an actor should never stop acting.  Practice really does make perfect, and this should be an ongoing process throughout your career, no matter what’s up next.