Even Melissa McCarthy Second Guesses Herself 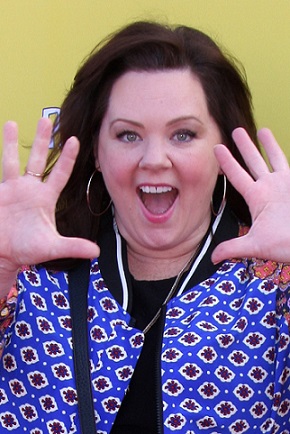 Sometimes all you have to do is get over your own fear of failure to realize your dreams.  Just ask Melissa McCarthy, the star of Spy, Tammy, and Bridesmaids, among many others.  She has built a name for herself by being funny.  Seemingly brimming with confidence, the twice Oscar-nominated actress and producer also has to contend with self-doubt.

For the role of Megan in Bridesmaids, McCarthy reveals she gave it her all by showing up to the audition without makeup and leading personality first.  It was a great effort, but she certainly didn’t feel like a shoo-in for the role.  Instead, on the way home, she started to second guess her choice of appearance, believing perhaps she had gone too far.

Luckily for McCarthy, the risk paid off, big time, and she landed the part that would ultimately send her career into superstardom status.  The audition goes to show that sometimes you have to take an audition to the next level to set yourself apart…in a good way.

Casting director Paul Feig was blown away.  He recalls that his “jaw hit the ground” when she walked in and began rehearsing the lines.

“I remember watching the first time,” he says, “and we almost couldn’t laugh because we were like: ‘Oh my God.  What is she doing?  This is amazing.’”

McCarthy is proud of her pre-teen daughters for possessing a level of confidence that she admits she didn’t have until much later in life.  McCarthy’s eldest daughter even appeared in the 2016 movie The Boss as a younger version of her mom’s character.

“They’re really smart and funny, weird,” she said.  “I think they’re better [than me].  They’re further along in their young lives than I was.  I feel like I had to push almost 30 to get their kind of confidence, so I love seeing that.”

The actress added, “I tell my kids all the time, like, you are the one that determines your self-worth.  Not what other people think of you.  I think we do so much now of, ‘What do you think of me?’  ‘Look at my vacation, do you like it?’”

In entertainment, getting judged is inevitable.  Rejection is inevitable.  But persistence is key, and confidence is a must.  Not everyone is going to buy into your brand – and that can’t matter.  Someone will and when they do, as they say, the rest is history.