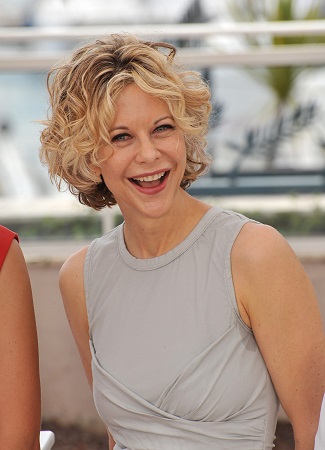 When you’re embarking on a career in entertainment, sometimes it can be difficult to navigate.  Where do you go and when?  Who can and can’t you trust?  How can you master your craft?  Superstar Meg Ryan recently offered some insight.

Ryan was uber-popular in the ‘80s and ‘90s, starring in numerous films, including many romantic comedies.  She was often paired with actor Tom Hanks.  And, while she has enjoyed an extremely successful career, she ultimately decided to quietly leave acting when burn out began to set in.

Part of the reason Ryan started to feel like she was losing steam was that she was constantly having to transition characters and truly feel these roles deeply in order to portray them properly. “I felt in a crazy way that, as an actor, I was burning through life experiences.  Somehow, I was a helicopter pilot or a journalist or an alcoholic.  I was living these express-lane lives,” she said.

She also found it difficult to trust those who seemed all too willing to help her better understand the direction she needed to take.  “All of a sudden, I was told I needed a publicist and a manager and a lawyer,” she said. “People fly in to help because you’re inexperienced, and someone says, ‘Don’t worry, I fixed the problem. Call me back.’  Then suddenly you’re grateful to someone about solving a problem that you didn’t know you could even define.  You’re doing things that people tell you that you need to do, but you don’t.”

Ryan said she did her best work by being authentic. “Early on, I didn’t have a lot of acting technique.  What I thought about was trying to tell the truth.  The camera is a truth machine, and it knows everything you’re thinking, so you don’t have to pretend anything.  You just have to make it true somewhere inside.”

Of course, she enjoyed her time as a Hollywood A-lister and is grateful for the opportunities she was given while it lasted. “I liked acting.  I thought it was fun.  But acting was a situation I was navigating,” Ryan explained.

And, she’s not entirely done with entertainment just yet.  Now Ryan’s using her romantic comedy expertise to write one.  “It’s at Working Title Films.  I’ll just leave it at that,” she revealed.  “You feel like you’re jinxing it if you’re talking about it.  Hopefully, it’s for me to direct.  I’m aware now that romantic comedies are confections, but they have construction.  There’s architecture.”