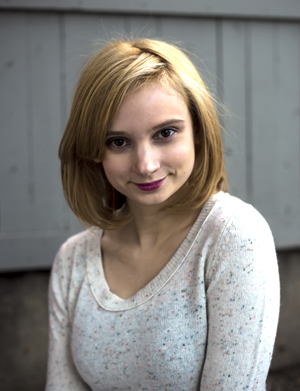 Not all entertainers opt to go all in.  Some are able to still juggle a 9-5 along with their dream job.  Even if they don’t have to, sometimes just knowing that they can manage both and maximize their finances is alluring.  Take Laura Merli for example.  She has two very active work identities – she is a consultant/project manager/business analyst during the day and a comedian at night.  Merli has been doing comedy for over three years.

She has a podcast titled “How to be Less Awkward” and also writes in her spare time.  Of her comedy gig, she says, “My shows are mostly on nights and weekends so there’s not a whole lot of overlap.  Even so, I try not to use my time-off for stuff besides comedy unless it’s a family emergency, my health is at risk, or I really, really want to.”

Her biggest fear?  Not so much balancing both careers, but that some of her comedic material will disqualify her from would-be day jobs.  The comedian said, “When I’m applying for a new job, I definitely get nervous that a Google search of some of my edgier material will disqualify me.  There’s no way to know if that’s prevented me from getting certain interviews, but luckily there have been enough places that either don’t mind or don’t Google.  I usually don’t bring up that I do comedy, but if people happen to find out the reaction is usually positive or mild confusion.”

The great part about Merli’s day job is that she works on a contract basis.  So, she can take on as much or as little work as she wants.  It’s secure enough to pay the bills, but there are definitive start and end dates.  So, she can more easily balance this with her moonlighting gig.  However, there’s not a whole lot of long-term job security with contract work.

Merli says, “A lot of my work over the past few years has been contracted, so I’ve felt mixed levels of security.  It usually works out because each time I’m applying for jobs I have that much more experience and can find higher-level work, but on the other hand, looking for a job can be really scary.”

Nevertheless, the comedian is happy she’s made it to this point, saying, “Getting into this field was something of a stroke of luck.  I was working at a construction company as an account manager, which required me to learn Salesforce and essentially manage hundreds of customer accounts.  If there was a problem with the customer’s install, I had to figure out how to solve it like resending the crew versus hiring an external person, who would pay for it, scheduling, and follow-up to make sure it was really resolved.  These planning skills are great for project management, plus the nature of the business gave me a lot of good stories to tell on interviews.”

Overall, Merli is happy to be able to employ both sides of her brain on a daily basis.  She explains, “As much as I wish I had more hours in the day to work on comedy projects, it’s really nice to have a significant amount of time each day where I get to work different parts of my brain and shut off the part that’s overanalyzing everything for a joke…It can also be good for comedy to retain some connection to the outside world so all your jokes don’t become about doing comedy.”