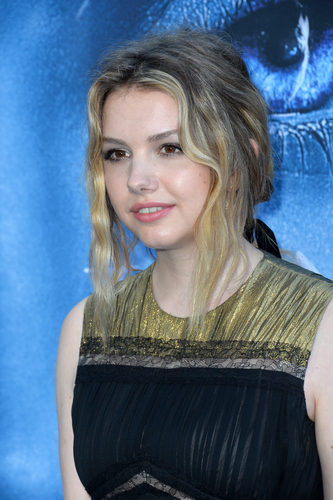 Hannah Murray Has What it Takes to Hook Audiences

“Game of Thrones” Star Hannah Murray knows you have to evoke emotions in an audience for a performance to really hit home.  If the audience connects, you’ve done your job.  This is particularly important if you’re trying to bring to life the on-screen character of a real-life person.

The 29-year-old British actress has had some stand-out opportunities to do just this.  She starred as Cassie on Channel 4’s “Skins” in the U.K. and has created a massive fan following as the character of Gilly on HBO’s “Game of Thrones.  Now Murray has taken on the role of Leslie Van Houten, one of the real-life followers of Charles Manson behind the cult’s infamous string of murders in summer 1969 in “Charlie Says” and Murray believes this has given her the best material yet for delivering an emotional performance.

Murray said, “It’s based on a very infamous true story of the Manson [Family] Murders, but it’s from an angle that has not previously been explored: the perspective of the women who were involved in those crimes, both their time in prison and their time in the family with Charlie.  It’s a very female-driven project.”

As such, Murray was able to harness the energy of her prior experiences and use this as a tool to guide her in bringing Van Houten to life on screen.  Murray knew she had to do this real-life character justice and make her as believable as possible, giving her a grounded identity.  She prepared for this and researched who Van Houten was prior to jumping into the role.  She even read a book written about the woman and interviewed those who knew her so she could really nail it.  Eventually, she delivered – big time.

Murray explained, “I was attached to the project for a little while, so I had time to really delve in and learn everything I could about Leslie, and I tried to work mostly from accounts from people that had known her personally.  The main source was Karlene Faith’s book ‘The Long Prison Journey of Leslie Van Houten,’ which was a really important source for the screenplay, as well…I wanted to get that perspective from people who knew her well rather [than] from those slightly more sensationalized versions.”

The actress’s efforts illustrate how important it is to really get to know the character you are booked for so you can deliver a performance with which the audience really connects, and feels is believable.  Murray’s chose to depict Van Houten as she truly was rather than how she was portrayed in many outlets.  And, this did the trick.