Even These A-Listers Started as Extras 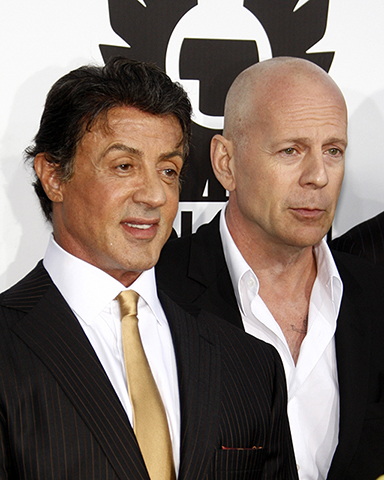 Many of Hollywood’s A-listers started out as extras, working in the background of television shows and films to build up their portfolios and make a name for themselves in the industry.  Eager to get a foot in the door, they started small and climbed their way to superstardom status.  The extra-to-extraordinary journey isn’t a new one, either.  Here are just some of the biggest names in entertainment, from old- to new-Hollywood, who have proven hard work really does pay off.

John Wayne. Before he got his big break in “The Big Trail,” Wayne was an extra in several silent films, which were popular in the 1920s.

Marilyn Monroe. The famous actress, singer, and model played an extra in her first-ever on-screen appearance in “Scudda Hoo! Scudda Hay!”  She was briefly in two scenes and had just one line in the film.

Clint Eastwood. The actor was a member of Central Casting in the ‘50s and landed several uncredited extra gigs before jumping into featured roles.

Sylvester Stallone. Perhaps better known as Rocky Balboa, the actor was booked as an extra in Woody Allen’s 1971 movie, “Bananas.”  He played the part of a subway mugger.  That same year, Stallone also played a disco patron, working background in Jane Fonda’s “Klute.”

Bruce Willis. It might be hard to name an action-packed film without Willis in it these days.  But before he was a star, he started as an extra in a courtroom scene of Paul Newman’s 1981 film, “The Verdict.”

Jackie Chan. Long before the “Rush Hour” movies, Chan proved his martial arts moves would get him a foot in the door and eventually be a much sought-after skill by taking on background roles in Bruce Lee’s “Fists of Fury” and “Dragon.”

Brad Pitt. Pitt wasn’t always one of the highest paid celebrities.  In the ‘80s, he landed a gig as an extra, playing a “Partygoer/Preppie Guy at Fight” in “Less Than Zero.”  The actor was paid only $38 for the role, but it proved to be well worth it.

Renée Zellweger. Before she was a household name, the film “Dazed and Confused” certainly was.  And, if you look closely enough, you’ll see Zellweger had a minor part in it as one of the hazed freshman girls.

Megan Fox. Crowned the sexiest woman in the world in 2008 and perhaps best known for her work in “Transformers” and “Teenage Mutant Ninja Turtles,” the actress first landed a gig as a club dancer in “Bad Boys 2.”  She caught the eye of Michael Bay, who would later cast her in several of his projects, helping the actress to land larger roles along the way.

These success stories prove that it really is possible to make it big by starting small.  A little hard work and determination can really go a long way, and everyone has to start somewhere.  Booking as an extra means building your resume and being persistent will eventually pay off – big time!