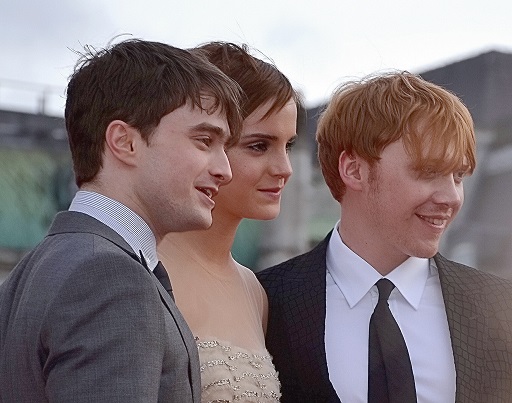 Have you heard rumors of a Harry Potter reboot?  If not, brace yourself.  The fan favorites are likely to come back swinging in the not-too-distant future, according to an insider interview.

Daniel Radcliffe – or should we say, Harry Potter – recently shared his thoughts on a whether the series will return with a new cast. “I’m sure there will be some other version of it; I know I’m not the last Harry Potter I’m gonna see in my lifetime — we’ve already got a few more,” he said.

Radcliffe added he would love to see the franchise revived and he’s really been enjoying the prequel, Fantastic Beats and Where to Find Them, and the sequel, Harry Potter and the Cursed Child, on Broadway.

Radcliffe explained, “It will be interesting to see how long those films stay.  It feels like there’s a sacredness around them at the moment, but that’ll go, the shine will wear off at some point.  It’ll be interesting if they reboot them and just do the films again or do a series; I’m fascinated to watch.  To a certain extent with things like the play and Fantastic Beasts, I think people are still interested in talking to me about it, but nothing’s been happening in that area.  At the moment, I’m very much enjoying playing lots of different stuff.”

One of the major characters already had to be replaced halfway through the original series.  Or, didn’t you notice?  Dumbledore, headmaster of the wizarding school Hogwarts, was first portrayed by Richard Harris in Harry Potter and the Sorcerer’s Stone and Harry Potter and the Chamber of Secrets.  Unfortunately, the actor passed before he was able to complete the remainder of the films, and after that, Michael Gambon portrayed Dumbledore’s character for all remaining renditions.  This swap may mean others are possible.

Emma Watson, who played Hermione Granger, hasn’t offered her insight yet into whether she thinks a reboot is inevitable.  Watson has been more focused on her activist efforts and writing as of late.  The actress is an outspoken supporter of the Time’s Up initiative and #MeToo movement and recently launched her own book club to promote works by women of all backgrounds and ethnicities.

This month on Instagram, Watson posted Gloria Steniem’s latest version of Outrageous Acts and Everyday Rebellions is a must-read for 2019 and even revealed she wrote the book’s Foreword.  She also just completed the film Little Women, currently in post-production and set to release in the U.S. on Christmas Day.