Who is Cliff Smith? Method Man…Rebooted. 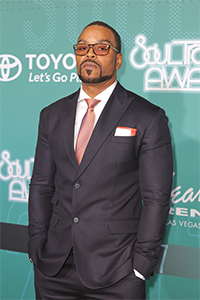 Method Man’s real name is Cliff Smith – a little-known fact, until now.  And, the once-rapper is ready to start shifting his career in a big way.

“I actually hate when they say that the next read is Method Man,” Cliff Smith, the actor and member of the ‘90s rap collective Wu-Tang Clan, said of auditioning. “It’s like I wanna strip layers of that side of me away, and enter as Cliff Smith, do my best read and walk out.”

The 48-year-old is one of the most influential musicians in the history of hip-hop, and this is certainly helping him land auditions.  But he’s worried that Method Man was so influential, Cliff Smith doesn’t stand a chance – even though the musician and actor has already had uber-success in hits such as “How High,” “The Wire,” and “The Deuce.”

His latest project is “Shaft,” the sequel to John Singleton’s “Shaft (2000)” which breathed new life into the ‘70s original.  In the latest film, Smith plays Freddy, an old friend from John Shaft’s (Samuel L. Jackson) neighborhood, and he is happy to have some experience in the acting realm, of course.

“It feels good,” he said. “I just wish everyone else would be as comfortable with it as I am.  It’s all still a work in progress. I get it.  I’ve been in this music game for so long and I’m synonymous with the Wu-Tang Clan.  Even my name sounds hip-hop.  So, I get it.  I just wish these people would actually see me for who I am though and see that I can handle some of this work they’re giving me.”

In the interim, he will continue auditioning for the same types of roles, just hoping for an ‘in’ to eventually land more diverse parts.

“I don’t face typecasting a lot.  I actually seek most of these parts, and sometimes it works against me too, because as soon as I walk into the room, the first person they see is Method Man.  So, I have to tear all these layers down.  Sometimes I feel like I have to walk in there butt a** naked, metaphorically speaking.  Like I gotta be stripped of everything down to my original state just so they could take me seriously before I even start reading for them.”

Smith’s strategy for making a name for himself (again) is to simply stay out there and take on as many acting gigs as possible.  In doing so, and in taking the entertainment world seriously, he believes he’ll rise above the competition.

Smith said, “Everyone is talented and there’s a ton of them out there in this world, but you still have to do the work to be taken seriously…I took classes in order to understand the nuances, language, and to understand what a beat meant in a scene and how to assert myself, know when to fall back and take leads.”

Now he has his eye on the prize, trying to stay confident that he’ll be able to build IMDb credits under his real name.  Given Smith’s success as a musician, it’s obvious hard work and dedication will eventually off, so he clearly has a shot!