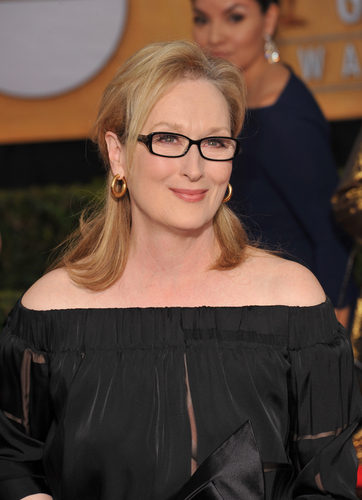 “Big Little Lies,” a series based on the same-titled best-selling book by Liane Moriarty, is a dark comedy about murder and mischief in the otherwise serene beachfront community of Monterey, California.   At the surface are seemingly perfect families and stunning homes.  Yet, there is more than what at first meets the eye and beneath the façade lies rumors and not-so-perfect relationships.  The tale is told through the eyes of three mothers played by Reese Witherspoon, Nicole Kidman, and Shailene Woodley.

Now in its second season, the series has captured the attention of audiences everywhere, and this time, there’s, even more, to love about it.  Superstar Meryl Streep has jumped on board and joined the all-star cast.  And, she did so without ever having read a script.  Really.  Streep said she simply couldn’t pass up being a part of something so magical.

“[My agent] said, ‘There’s a part that they wrote with you in mind because they called her Mary Louise’– Mary Louise is my actual legal name,” Streep said. “I said, ‘Yeah, I’ll do it.’  He said, ‘Don’t you want to read it?’ I said, ‘No.’  It was the greatest thing on TV.  It really was, that first season.”

Moriarty evidently took a chance on the name of the character she wrote into her story, and she did so because she boldly wrote the character with Streep – and only Streep – in mind.  Perhaps she felt she would toy with the A-list actress a bit, reeling her in by using her legal name.

“In the beginning, I thought it was my secret, hidden joke,” Moriarty admitted when asked about the supposed coincidence of the character’s name.  Turns out it wasn’t a coincidence at all or a secret.  The connection was more obvious than she had anticipated.

She said, “I thought other people would know that it was her name, but it wasn’t until ages after I submitted it that I finally got a text from Per [Saari], one of the producers, saying, ‘Ah, I see.  Very clever!’  And she just said yes.  I don’t know how she feels about the character being named Mary Louise, but it was wonderful getting Meryl.  I would have been sad to have had someone else play her.”

It was a gamble that certainly paid off in a big way.  But, then again, Hollywood is all about taking chances.  The award-winning show is hard to turn off, even for a big star like Streep.