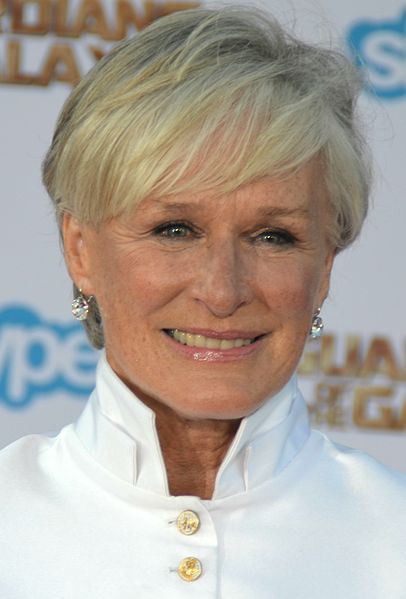 Glenn Close is best known for her roles in Fatal Attraction, Guardians of the Galaxy and Dangerous Liaisons.  She has been nominated for an Academy Award seven times.  So, she knows a thing or two about entertainment success and what it takes to get there.  Now she is sharing a few audition tips that actors should keep in their back pocket.

Close says that you have to be unafraid to ask for another chance when you feel like you didn’t put your best foot forward.

“If you go into an audition and you don’t feel it was your best, that’s really hard,” she says. “And usually in those cases, I would try to audition again.  I’d either write a letter or I’d do something to try to get another chance.”

The actress adds, “I remember one time that, after getting another chance, I got cast for Albert Nobbs.  I felt I was doing bad, and I had the wherewithal to say, ‘You know what?  I’m boring myself, so I must be boring you.  So, I think I’m just gonna go home.’

Her agent told her that level of humility was inspiring.  The casting crew thought so to.

“And I heard from my agent that they thought that was the most interesting thing that had happened, and they asked me to come back…If I really wanted the part—and I thought I really could do a really good job in the part—I would always try to get another chance.”

She has a few other tried-and-true pointers to offer.

Close says, “What I used to do is I’d work on something and I’d get myself at this pitch, on this razor edge of energy and concentration—which is fine if I could hold that till the time I would walk in the room and perform.  And if I could hold that, I more often than not got the part,” she says. “But the horrible times were when you couldn’t and you felt it sort of draining out your fingertips, and you go into the room and because you were relying on an emotional state, it’s hard to drum it back up.  So that’s not the way to go.”  Close adds, “I think the way to go is to take your time and breathe and listen and let people know that there’s a thought process behind what you’re doing.  If something distracts you, acknowledge it.  Somehow get yourself out of that kind of window of just attention and focus and energy that is not very flexible.  If you go in with the idea that, I’ll just throw out some ideas, I’m not gonna give a definitive performance, but I’m gonna be loose and I’m gonna throw out some ideas, I think that’s a much healthier way to go into an audition.”