Did Empire’s Jussie Smollett Stage a Hate Crime Against Himself? 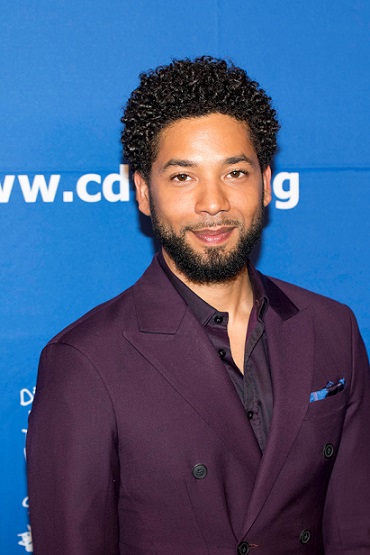 There are two ways to seek fame – the right way and the wrong way.  Staging a crime, it should so without saying, is the wrong way to go about drawing attention to yourself.  Yet, this is what many are saying Empire actor Jussie Smollett did, and he is now suspended from the show, although the network is not being too hasty to accuse him of wrongdoing.

Evidently, Smollett felt he wasn’t getting enough attention on television, so he allegedly paid two men to attack him in a ploy to raise his profile and make him a sought-after celebrity.  Sources say the actor expressed discontentment with his salary.

20th Century Fox made the following statement after deciding to release Smollett from the show:

“The events of the past few weeks have been incredibly emotional for all of us.  Jussie has been an important member of our Empire family for the past five years and we care about him deeply.  While these allegations are very disturbing, we are placing our trust in the legal system as the process plays out.  We are also aware of the effects of this process on the cast and crew members who work on our show and to avoid further disruption on set, we have decided to remove the role of Jamal from the final two episodes of the season,” the network said, referring to his character, Jamal Lyon.

The actor has maintained his innocence, insisting he was a victim of a hate-fueled attack and did not orchestrate the January 29th crime.

Good Morning America co-host, Robin Roberts, addressed Smollett’s arrest by Chicago police saying, “This touches all the buttons.  It’s a setback for race relations, homophobia, MAGA supporters.  I cannot think of another case where there is this anger on so many sides and you can understand why there would be.”

Abel and Ola Osundairo – brothers of Nigerian descent who were previously arrested, then released without charges – told police after their home was raided that Smollett knows them and the actor “paid them to participate in the alleged attack.”  According to the brothers’ attorney, Ola worked as an extra on Empire in Season 2, while Abel was Smollett’s personal trainer.

Smollett will face a felony charge of disorderly conduct if it is determined he filed a false police report and made the whole thing up.  His attorneys, Todd Pugh and Victor Henderson, responded to the controversy, “Like any other citizen, Mr. Smollett enjoys the presumption of innocence, particularly when there has been an investigation like this one where information, both true and false, has been repeatedly leaked.  Given these circumstances, we intend to conduct a thorough investigation and to mount an aggressive defense.”

Fill out the application below to Join Nine9