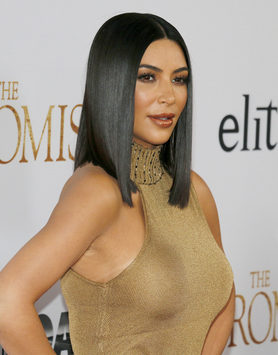 Kim Kardashian West has helped to successfully aid in the release of seventeen inmates in the last month alone.  Each prisoner was originally sentenced to life in prison without the possibility for parole for low-level drug crimes.  Now, she’ll be part of a reality show documenting her efforts.

The star has teamed up with the 90 Days of Freedom campaign, founded by her attorney Brittany K. Barnett along with MiAngel Cody of The Decarceration Collective, to officially roll out the First Step Act.  In 2018, she successfully petitioned President Donald Trump to commute the life sentence of Alice Marie Johnson.  After Johnson was released, a major bipartisan piece of criminal justice reform legislation, the First Step Act, was passed by Congress and signed into law.

Kardashian West is also currently in law school and is supporting the fund financially while lawyers work to continue helping prisoners.  To document her journey, Oxygen Media announced an upcoming true-crime series with the working title: Kim Kardashian: The Justice Project.

Kardashian West celebrated the release of a Miami man who spent over two decades behind bars just a few days ago, announcing on Twitter, “We did it again!  Had the best call w/this lovely family & my attorney @msbkb who just won release for their loved one Jeffrey in Miami.  He served 22 years of a life sentence for a low-level drug case.  He served too much time but it gives me so much joy to fund this life-saving work.”

Now she said she wants to focus all of her energy on prison reform.  The star said, “It’s kind of crazy because I’m learning it all as I go.  I spend more time on this than I do anything else.  It’s insane but it’s so fun to be around people that are super smart and get it and want the same thing.”

Kardashian West attended Pierce College in Los Angeles, but she never graduated.  However, the state of California offers an alternate path to passing the bar by “reading the law,” or apprenticing with a practicing attorney or judge.  If she passes the “baby bar” later this year, she will be able to continue three more years of study.

“I’m dealing with my three kids, I’m dealing with my career, the fourth baby coming and the stress of law school,” she said. “Just because you do an apprenticeship does not mean that it’s anything less – I mean, you have to put in 18 hours a week.  It is a full commitment.  I won’t have time for events, for favors, for friends, for literally anything, for four years.”  But, she added, “I’m not afraid to work hard.  It’s going to be really hard but it’s also really important to me to keep this quiet for a while so I can stay committed and focused.”