Bernadette Peters Says Above All, Be Yourself 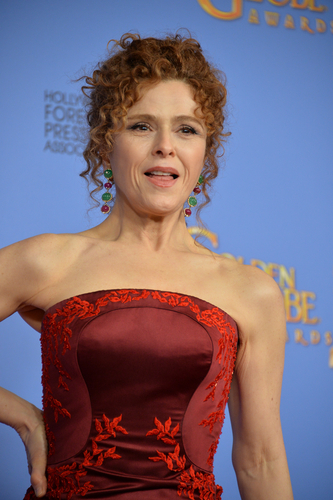 Bernadette Peters is one of the most critically acclaimed Broadway performers, having received nominations for seven Tony Awards, winning two, and eight Drama Desk Awards, winning three.  Throughout her career, she has learned many things – about herself and about the industry.  But, the number one piece of advice she has for auditioning is so straightforward it may be a bit surprising.

“I used to like to audition, it was the weirdest thing,” she said. “I liked to come in with music and hand it to a strange pianist who I maybe met the night before.  I’d just say ‘OK!’ and go for it.  But the thing I’ve learned is to always be yourself, basically.  Always be yourself and be as honest and as truthful as you can be.”

That’s it.  Above all else, it’s important to stay true to your roots and let your personality shine through.  According to Peters, this will always separate you from the competition, because being yourself will allow you to exude a level of confidence that would otherwise not be possible.

Of course, being born in Queens, New York, helped her to be in the heart of the industry from an early age, and Peters also said that auditions never intimidated her, anyway.  She figured she had nothing to lose, and it was important to just keep putting herself out there.  Eventually, someone would take notice.  Each opportunity was a chance to learn a little more about herself and the industry.

“They didn’t [intimidate me], no, because I figured, look, I’m young, nobody knows me.  I’ll just get out there.  What can I lose?  Just keep going out and trying to be as good as you can, honing your craft, getting involved with what the song [you’re auditioning with] is about, and if you’re reading a scene, being in the moment.  Don’t worry about what people think – just be in that moment,” she said.

Despite its simplicity, her strategy has certainly paid off.  Peters first performed on the stage as a child and then a teenage actor in the 1960s, and in film and television in the 1970s.  She became popular very quickly for her appearances on “The Muppet Show” (1976), ‘The Carol Burnett Show” (1991), and her roles in films like “Silent Movie” (1976), “The Jerk” (1979), “Pennies from Heaven” (1981), and “Annie” (1982).  And, besides having a successful Broadway career, the actress continues to perform in films and on television.  There’s no slowing her down!

Fill out the3 application below to join Nine9