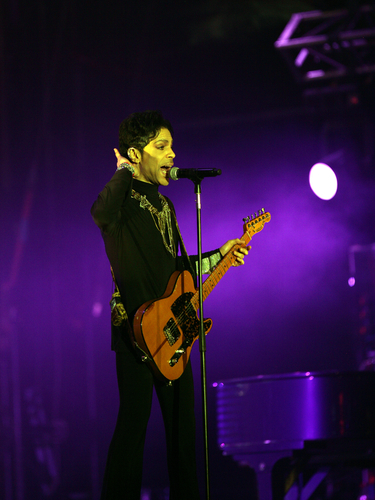 Good news for Prince fans!  Celebration 2019 is gearing up to honor the eccentric life and legacy of the cultural icon Prince Rogers Nelson, better known as Prince (or the Symbol formerly known as Prince).  The event will take place between April 25-28 at Prince’s historic home where he recorded many of his hits near Minneapolis, Minnesota, and is set to include live music, panel discussions, and special presentations highlighting Prince’s celebrated career as a composer, musician, producer, performer, and filmmaker.

As an extension of Celebration 2019, Paisley Park will also present an off-site concert titled Prince: In Concert on the Big Screen, which will take place at The Armory in Minneapolis.  Those who plan to attend Celebration 2019 will automatically have access to the off-site concert, which will feature previously unreleased audio and video of Prince accompanied live on The Armory stage by musicians who performed alongside him.

Paisley Park is the home of Prince’s seven Grammy Awards, Golden Globe award, and Academy Award (Purple Rain).  Prince died on April 21, 2016, at the age of 57.  The official cause of death was an accidental overdose involving fentanyl.  His cremated ashes are currently held at the iconic studio, which was also his one-time home.

The celebration is kicking up at the same time a Minnesota court ordered a recording engineer to pay Prince’s estate millions for releasing an unauthorized EP of his songs in 2017.  George Ian Boxill, who worked with Prince from 2004 through 2008, released the “Deliverance” EP to streaming services in April 2017 in breach of his contract with Paisley Park Enterprises and the artist.  An arbitrator held this month that Boxill breached his contract with Prince and awarded the estate $3,960,000.  The estate is also pursuing claims for copyright infringement, trademark infringement, and improper use of Prince’s image and likeness.

Troy Carter, an entertainment advisor to the estate, said, “Prince was an exceptionally talented musician. The estate protects the music Prince created aggressively and is pleased with the award against Mr. Boxill.”

The news goes to show the superstar left behind a legacy not soon to be forgotten.  His Let’s Go Crazy lyrics hit hauntingly close to home: “All excited but we don’t know why; Maybe it’s ’cause we’re all gonna die; And when we do, what’s it all for; Better live now before the grim reaper; Come knocking on your door.”

Tickets for Celebration 2019 can be purchased online.

Fill out an application below to join Nine9