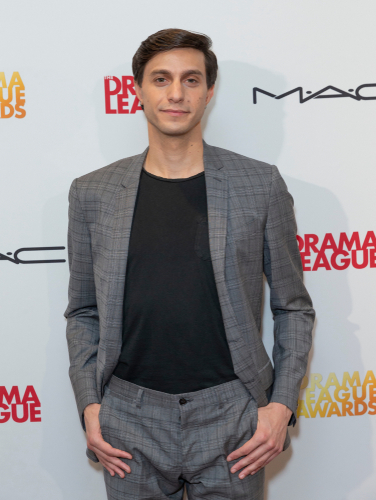 In the entertainment world, different really is better.  When you are unafraid of standing out, casting directors will start to take notice and you just might land a few roles that are right up your alley.  Shying away from your own unique quirks could be the quickest way back to a day job.  Just take it from Gideon Glick.

To say Glick has had a successful career is an understatement.  The actor has had Broadway runs in the original casts of “Spring Awakening,” “Significant Other,” and now “To Kill a Mockingbird,” for which he has been nominated for a Tony Award.  He has also had success in multiple television series.  And, the actor says he owes this all to embracing his uniqueness early on rather than trying to blend in with the rest of the industry.

When nobody else can do what you can, this is the proverbial sweet spot in an actor’s career.  Becoming known for a certain presence, mannerisms, style, etc. means casting directors will time and again turn to you to fill spots requiring these traits.

“I think what turns people off, to some people can turn them on.  It’s what makes you interesting and different,” Glick said, adding, “I believe in living life very full.  I’m a searcher and I devour things.  And, I think all of that, you’re bringing to your work.  And so, if you’re changing any of that, you’re censoring that, I don’t know.  I think for some people that works, but for me it doesn’t.”

It’s a good thing it didn’t, because Glick’s passion to take on and “devour” the opportunities that have been presented to him is evident in his work.  This is what gives him an edge.  Of course, actors have to adjust slightly to the characters they portray.

But that doesn’t mean you can’t come to the table with your own personality and intermix expectations in the description with expectations the crew had in choosing you, specifically, for the role.

The actor sums it up in his own individual way, saying, “If you’re too worried about how you’re appearing, I think you’re just screwed.”