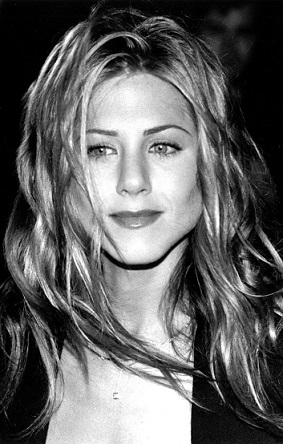 At 50, Jennifer Aniston’s skin is still glowing and that’s because she takes good care of it.  The star swears by a routine of getting enough sleep, yoga, and drinking a ton of water.  She has also been the spokesperson for Aveeno for the past six years and loves their skincare line.  She specifically is a fan of the beauty company’s Positively Radiant Overnight Hydrating Facial, which consists of ingredients specially formulated to even skin tone and texture, improve the look of brown spots, and brighten dull skin.  It’s designed to be applied at night and rinsed off first thing in the A.M. and delivers 48 hours of skin hydration for an extra moisturizing effect.

“Sunday is my spa day.  I usually do a little mini facial time where I just give myself a good scrub, use a mask, and then the new Aveeno hydrating facial.  I leave it on overnight and when I wake up, I have that dewy, glowing, twinkling skin,” Aniston said.

The actress, who has been dubbed “the sexiest woman alive” by Men’s Health magazine and named “the most beautiful woman alive” more than once by People magazine, has a few other tricks up her sleeve that she’s shared with fans over the years.

First of all, she is not a fan of extensive plastic surgery and injections.  Aniston feels that many people “lose perspective” and go too far. “Why would you want to atrophy muscles anyway?” she asks. “If you don’t work out, eventually everything drops.”  To keep her skin fit, the superstar also applies microcurrent facials. “It’s like a little workout for your face,” she says.

Another tried and true trick?  Wear less makeup.  “Less is more,” she said, adding, “I had a boyfriend who always said I looked better without makeup.  It took me a while to feel comfortable enough to remove that armor, but I eventually realized he was right.”

She’s also careful to always apply sunscreen.  “When I was younger, I would slather myself in baby oil and do everything in my power to get a burn.  I was just completely uneducated,” Aniston admits.  Nowadays, she added, “with all the steps we’ve taken to get our skin healthy, it really doesn’t make sense to tan.”  Instead, the actress adds extra layers of protective cream before venturing outside.

Above all?  She eats a well-balanced diet, admitting she tried to steer clear of dairy, but it didn’t work.   “I can’t say the ‘no dairy’ thing lasted very long for me,” she laughed. “Trying to part me and cheese is a difficult task.”  She attempts to be gluten-free as much as possible but allows herself to cheat every once in a while.  “Everything in moderation,” she said.