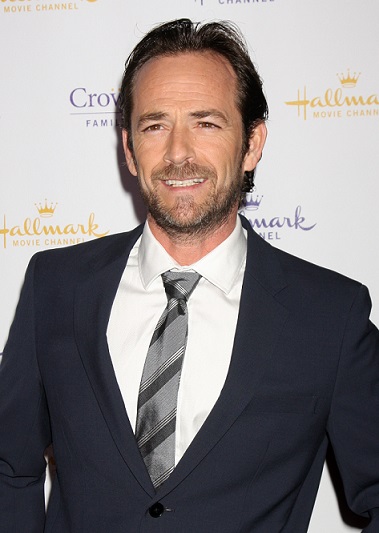 Luke Perry was an A-list actor who many felt resembled the iconic James Dean.  Unfortunately, at the age of 52, he passed suddenly from a stroke.

Perry is probably best-known for his role as Dylan McKay in the ‘90s television drama Beverly Hills, 90210.  But Hollywood agent Chris Nassif doesn’t want the world to remember his client just for his TV persona.  He wants fans to see the humble star behind the Hollywood heartthrob.

The new Reelz documentary titled Luke Perry: In His Own Words explores Perry’s career through interviews with his friends and co-stars as well as past sit-downs with the actor himself.  Nassif, who participated, wants to share a few extra words about how his former client impacted his own life.

“He’s part of a past that I’m very fond of,” the agent said. “It was right before my kids were born.  I started the agency business in 1981, but Luke was my first big success.”  He continued, “I loved him.  He had no fear.  He was very humble.  Always willing to help…Just a salt of the earth type of individual.”

Like many actors just getting their start, Perry was not an overnight success.  He didn’t catch his big break right away.  But Nassif just knew he had star quality.

“His outlook on life was very positive,” recalled Nassif. “The future looked bright.  He was determined to make it.  Now I’m not saying he didn’t get a little bit frustrated and felt like it was never going to happen to him.  Literally within a week, he was getting ready to go back to Ohio and join the fire department.  I told him, ‘You have too much going on for you here.  You have that edge.  Just give it a little more time.’  And that was the week when I got him the audition for ‘Beverly Hills, 90210.’”

Perry recalls the audition in the documentary, admitting he wasn’t expecting a callback.  “I smelled like gasoline,” he remembered. “I had tar all over me.  It was bad.  I didn’t have a shirt on.  I had to dig one out of the trunk of my car.  I was filthy.  Basically, I was filthy, dirty.”

Nassif agreed that Perry’s audition had flopped.  He said the soon-to-be superstar was “tense and nervous” and it didn’t help that his car was giving him problems that day.

“He did not do well on the audition,” he said. “He didn’t get the job… I thought instead of having him as a season regular when the studio didn’t want him, I [proposed] putting him on as a recurring role until we can prove to the network he’s going to be a big star.  And that’s what he did.  But he never got the job from the beginning.  He called me from a payphone.  I told him, ‘If you don’t make it to this audition, it’s over.’ He said, ‘OK, OK, I’ll do my best.’”

It was tough for Perry on set in the very beginning, too.  He wasn’t given any special privileges.  Yet, fans couldn’t get enough, and with the actor’s fame growing quickly, he was eventually offered an opportunity to be represented by Creative Artists Agency (CAA).  Nassif called this “heartbreaking,” but said, “That’s what happens to actors.  They move on.”

He added of the star’s sudden passing, “I was shocked and saddened by his death.  I think that we’re all fallible.  Life is too short.”

Perry’s journey serves as a valuable lesson.  Oftentimes would-be stars give up on their dreams before making it big.  Luckily Perry didn’t.  And, according to Nassif, the Ohio native never lost his down-to-earth personality.  He said, “Luke was not affected by stardom.  I guess that’s pretty much the bottom line.”

Nine9 talent have come to us with the same mindset and have stuck with it and found success. Take Sonicer story, for example, he came to Nine9 with humility, willingness, and a drive and now he has been cast in quite a few roles on television. You can read more about his success here.