Mom-shaming: The Latest Trend in Entertainment 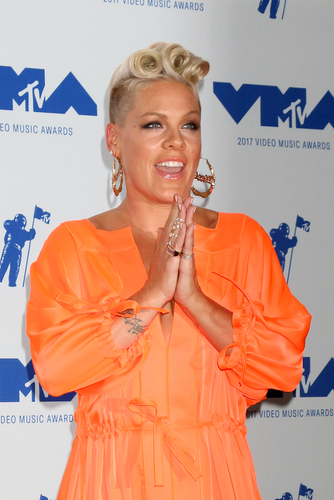 Pursuing a career in entertainment means subjecting oneself to the feedback of fans and critics alike.  It’s all part of the job description.  And, as social media has made the personal lives of celebrities more accessible, this, of course, leaves room for all kinds of comments.

Celebrity moms have sure had their fair share of nasty commentary on their accounts lately.  Joining Ivanka Trump in the mom-shaming ring, after she was slammed for posting a photo of her son sleeping on the floor, are superstars Pink and Jessica Simpson.  The negative feedback they’ve received is sure to make their followers more selective about what they choose to share.

Pink recently told Ellen she’s not posting about her kids online anymore after being mom-shamed by “mean-spirited” commenters who feel they have a right to ruin a sneak peek into one of the star’s precious moments.  Pink made the decision after sharing a photo of 7-year-old Willow Sage and 2-year-old Jameson Moon which led to internet trolls threatening to “call child services.”  The pic included her toddler without a diaper on, and the singer said she didn’t even realize he had removed it prior to posting.

The image was ultimately self-removed, and Pink replaced it with a censored one and the following comment: “There’s something seriously wrong with a lot of you out there…Are you for real?  Like any normal mother at the beach, I didn’t even notice he took off his swim diaper.  I deleted it because you’re all f****** disgusting.  And now I’m turning off my comments and shaking my head at the state of social media and keyboard warriors.  And the negativity that you bring to other people’s lives…”

The decision, she said, wasn’t an easy one. “I cried so hard after that because I like to share my family.  It’s the proudest moment in my whole life,” Pink said. “I’m prouder of my kids than anything I’ve ever done, and I won’t share them anymore.  I won’t do it.  I’m not posting pictures of them anymore.”

The singer added, “So many people on social media go in on me all the time.”  Sometimes, she feels the need to respond. “I feel like I can change their minds.  I’m all about injustice.  I don’t like injustice.”

Simpson shared photos of her newborn Birdie for the first time on Easter Sunday but was immediately hit with negative feedback, too.  Commenters noted the infant was snoozing on her tummy in her bassinet.  The slumber was part of a staged shoot, it appears.  But, The American Academy of Pediatrics advises parents to keep babies on their backs to reduce the risk of Sudden Infant Death Syndrome (SIDS), so this left room for critics to voice their concerns.

Stars, by the very nature of their chosen path, are constantly subjected to criticism.  Even still, they can choose what they’re willing and unwilling to share with the public on social media.  A career in entertainment means maintaining a delicate balance when it comes to connecting with fans and protecting one’s privacy.