Stars Open Up About When to Step Out of the Spotlight 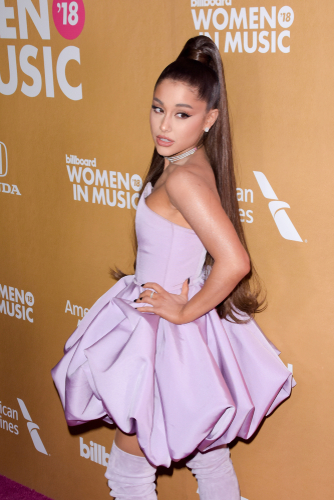 Mental health has hit the spotlight more so than ever as of late with stars such as swimming sensation Michael Phelps stepping forward to reveal struggles and even advocate for others to services.  With what started as the push of the #MeToo movement and shedding light on the opioid crisis, it seems like everyone, including celebrities, are more willing to admit when they’ve hit a rough patch.

Phelps said in an interview, as a boy, “I just didn’t like who I was.  If something was bothering me that would start to come up, and I would start feeling angry or depressed or upset, I would almost ignore it.  I would shove it even further down, so I wouldn’t have to deal with it, so I would never have to talk about it.  I finally got to a point where it was my tipping point, where I just blew up.  I just couldn’t take it any longer.”

Wendy Williams’ cocaine addiction struggles hit headlines last month before rumors began to circulate the star is currently severing her twenty-year union with Kevin Hunter.  Williams told the public that, yes, she has been living in a sober house, adding: “You know I’ve had a struggle with cocaine in the past.  I never went to a place to get treatment…there are people in your family, it might be you…I want you to know more of the story.”

This month, Ariana Grande was brave enough to share her brain scan results on Instagram, disclosing her struggles with anxiety and post-traumatic stress disorder (PTSD).

Grande said last summer she was asked if the anxiety she experienced after the Manchester bombing was a sign of PTSD.  Grande responded, “I hate…yeah…admitting it, but it very much is.  That’s what everyone was telling me.  It’s hard to talk about because so many people have suffered such severe, tremendous loss.  But, yeah, it’s a real thing.  I know those families and my fans and everyone there experienced a tremendous amount of it as well.  Time is the biggest thing.  I feel like I shouldn’t even be talking about my own experience – like I shouldn’t even say anything.  I don’t think I’ll ever know how to talk about it and not cry.”

She also shared an ongoing struggle with anxiety, saying, “I think a lot of people have anxiety, especially right now.  My anxiety has anxiety.  I’ve always had anxiety.  I’ve never really spoken about it because I thought everyone had it, but when I got home from tour, it was the most severe I think it’s ever been.”

These celebrities are setting a great example in their willingness to share with their fans.  The entertainment industry is demanding.  If life becomes too overwhelming, there is nothing wrong with taking a step back to focus on self-care.