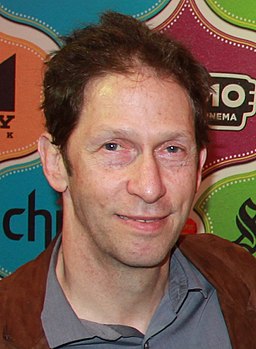 Watchmen’s Tim Blake Nelson believes there is power in writing your own material as an actor.  “I can certainly say that there is no greater power than any of us has than being able to write,” he said.

He learned this lesson firsthand when he reached a turning point in his career – being cast in the Coen brothers’ O Brother, Where Art Thou?  He recounted that he didn’t first meet Joel and Ethan Cohen in the set of their masterpiece.  He met them at a screening Eye of God, the first film the actor both wrote and directed.  They had shown up to see the first cut.

From there, a friendship and professional relationship ensued due largely in part to Nelson’s ability to create his own work, according to the actor.  Now, Nelson is telling budding stars that writing is a talent that shouldn’t simply fall by the wayside on their way to the top.  He credits his success largely to his ability to maintain some control over his path by writing roles and encourages others to do the same.

As far as when it hit him that he needed to start writing, Nelson explained, “That started when I was in acting school, but already I was wary of the administration in my four-year acting program in what roles I was going to play and how I was going to play them.”  He wanted to have some say over the direction of his career, as well as be able to offer advice to his peers.  Nelson would write something and show it to a fellow student, trying to help guide him or her to see themselves heading in a way they were perhaps not being led to by casting directors.  He wanted to offer alternative options.

“I would encourage anyone out there who gets frustrated waiting for the phone to ring to write their own material,” Nelson added.  “And if you don’t feel you can do that on your own, get a partner.  There’s nothing wrong with that.  Or, get a group of people.”

Nelson said that many highly visible and successful endeavors were originally created by “out-of-work actors who wanted some measure of control over who was going to see them and how.”  Perhaps they weren’t satisfied with the way things were going and the roles they were being offered, or they simply didn’t know how else to get their start.  They were able to get their careers up and running through their writing, and Nelson can’t think of a better starting point